Performers have rights in the use of their sound and audiovisual recordings.

Do you have a question ?

What types of works are concerned with the remuneration for private copying?

In addition, remuneration for audiovisual private copying may be paid for works that fully meet the following two criteria:

Not taken into account: essays, artistic direction and ambiances. 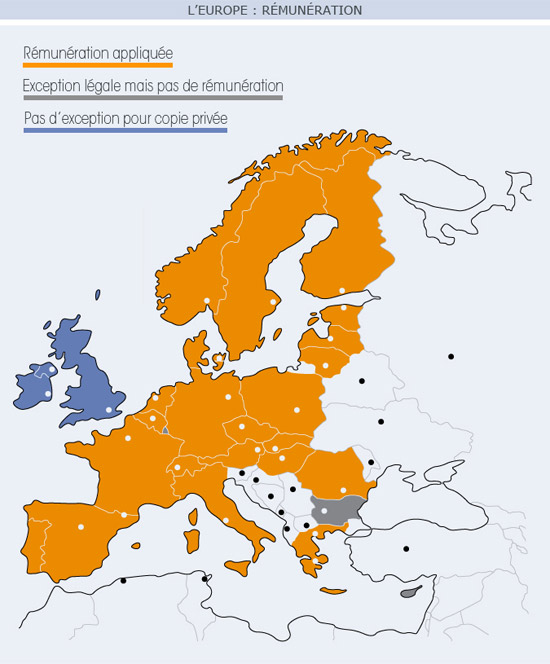 This content was useful to you : Yes - No
Share
What are the payment periods and limitations of remuneration for audio private copying and equitable remuneration?

Payments for private sound copying and equitable remuneration are made once a year at the end of December, based on the previous year’s broadcasts. Consult the payment schedule.

The gap time between the distribution and / or sale of the work and the payment of the rights is:

For information, the law on prescription was amended in 2014 and its duration reduced to 5 years (Intellectual Property Code Article L 321-1 last paragraph – link legifrance.gouv.fr).

Thus, for rights distributed before January 1, 2015, you have until December 31, 2019 to claim them with a maximum retroactivity of 10 years. For amounts allocated after 2015, retroactivity is now up to 5 years.

After five years, the rights, if not claimed by the performer, are prescribed.