Talents Adami Cannes offers the unique opportunity to 20 young actors and actresses to be highlighted by the distribution of five short films made for the most prestigious film festival in the world.

For the 25th anniversary of the operation, the Adami and her partner Fulldawa Films have chosen to entrust the making of the short films to five famous actresses and actor, who will for the first time be behind the camera.

Charlotte Le Bon, Pierre Deladonchamps, Sabrina Ouazani, Clémence Poésy and Mélanie Thierry will share their idea of a Celebration Day: New Year, Eid-el-Kebir, birthday, pool party, and even a strange party in a hotel room … each and every one of them will unveil its unique, offbeat, funny, serious, moving …

These films will be previewed on Tuesday, May 15, 2018 at 3:00 pm as part of the 71st Cannes Film Festival in the presence of the four directors, the director and the 10 actresses and 10 actors.

And this year, for the 25th anniversary of the Talents Adami Cannes , the session will be exceptional as it will take place in the prestigious Salle du Soixantième, in the Palais des Festivals. 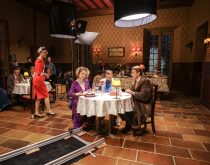 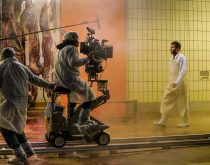